skip to main | skip to sidebar

I am really liking the whimsical shapes of these squash that I
engraved this year. Always fun to try something new! 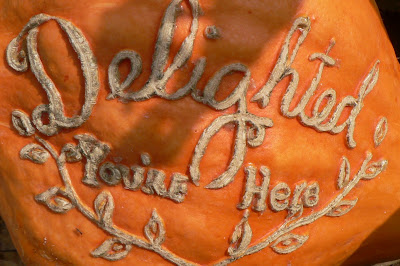 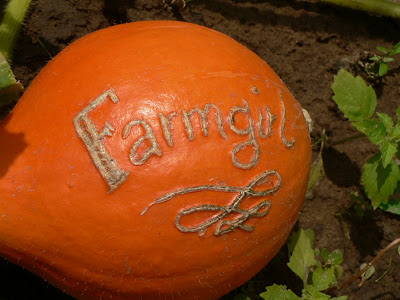 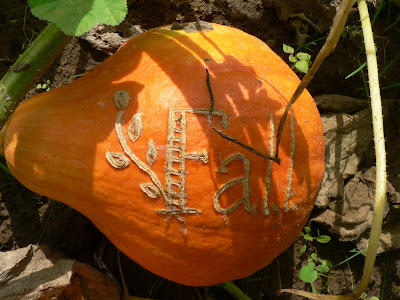 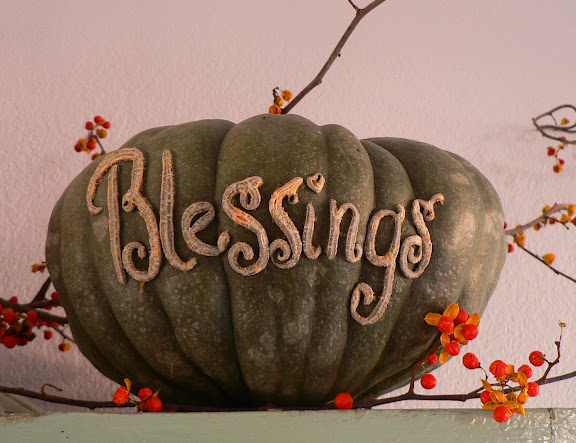 A couple of my favorite pumpkins this year- a dark
green one that looks great on the green china cabinet
and.... 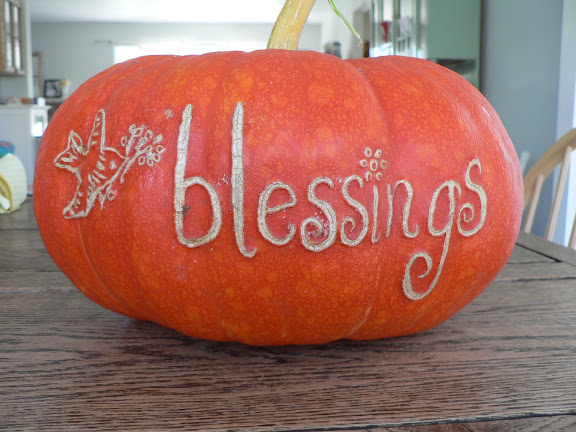 one of the pumpkins with a little bird. 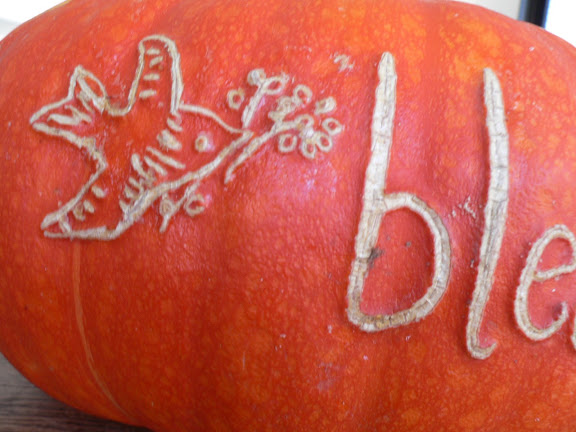 Butternut Squash- Not Just for Soup 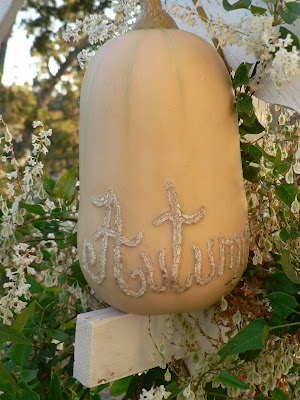 I have been accused of engraving anything
that holds still for more than a few seconds-
and I think that is pretty much true. After
all a girl has to keep trying new things dosn't
she? This year I think the butternut squash
engraving was a successful experiment.
They certainly are not as flashy as the
big brash pumpkins but they are
sweet in their own little way. 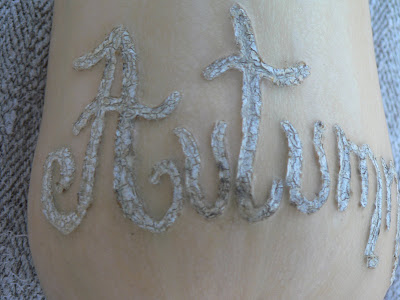 A Whopper for Me! 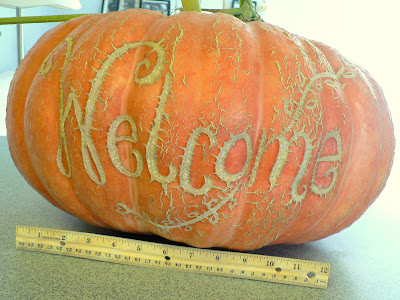 No two years are ever the same in the pumpkin
patch, and this year is no exception. This year I have
some very large cinderella pumpkins emerging from
the patch. I think the biggest one I have ever had
was somewhere around 20 pounds. This brute weighs
in at 35 pounds! The picture just doesn't do it justice
Needless to say, I'll have to have some help from the
hubster getting this guy anywhere. 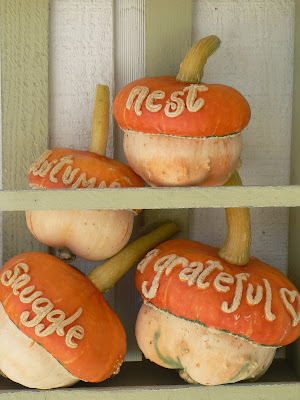 It is time for the pumpkin harvest. The first to be
brought in from the field are these little
mini turks turbans

Another glimpse into the patch 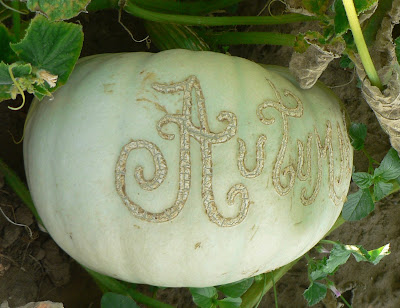 Here are some pics of some of the pumpkins that are
coming along very nicely in the patch. the "Autumn"
pumpkin is a gray variety. 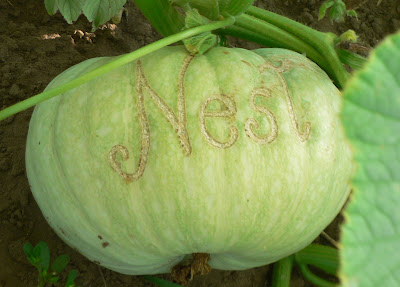 This "Nest" pumpkin is going to be green or gray. 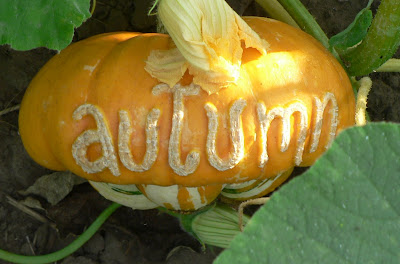 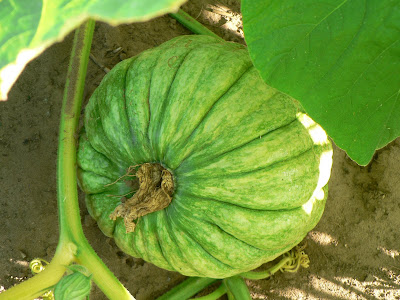 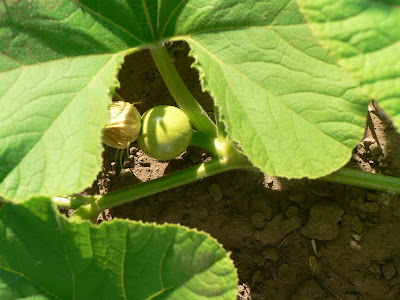 Alrighty then..here's how it went: the seeds got planted, they sprouted
and grew into a vine that got bigger and bigger and then it started flowering
and the bees came and pollinated the flowers and little pumpkins started
forming and then they grew bigger and bigger until they were
big enough to engrave..whew!!! And that's where I am at-
CRUNCH TIME. It is now or never for decorating
these pumpkins. So I am having a ball out in the patch
but I am ripped to shreds! These pumpkins take
their pound of flesh. Here's a peak at what is
going on out in the patch.....
_ 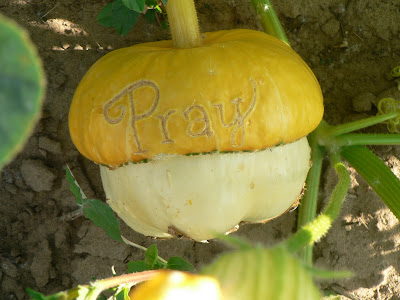 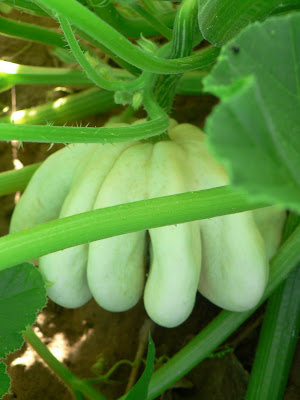 I have wanted to grow Yugoslavian finger fruit
for a couple of years so this year I finally
did. Wierd aren't they?

Welcome to Poetic Pumpkins. We have grown and embellished pumpkins for many years for family and friends. A couple of years ago we sold a few through a local nursery, and a small business was born. The pumpkins are a ton of work but a whole lot of fun to grow!